Of Detachment and Moving On

Yesterday’s Gospel asks one question: Am I willing to let go of all my attachments in answering the call of Christ for me?

I wanted very much to blog about it yesterday but didn’t have the time since I have to wash my clothes (and yes, I wash my own clothes here in the post novitiate). This morning gives me ample time to think and reflect again, to draw out from the Gospel of Daily Life. In the gray and cold overcast morning of Canlubang, I received latest news of happenings that providentially coincides with my first reflection. 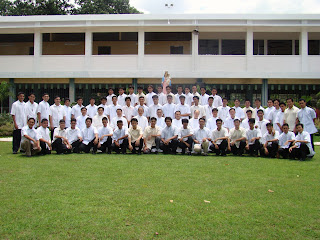 Aspirants come and go in the seminary. It is a sad but true fact that not everyone perseveres in the seminary. It is sad because as years go by you build a brotherhood and friendship that is quite an unforgettable heaven and to leave it behind is like going out of the gates of Eden. It is sad for both, for us who stay because we have to move on despite a dwindling number of candidates in a batch, and for those who have left because they will surely miss the seminary culture as they take on the new road which they believe is the right path for them. The coming and going of candidates is natural in the seminary where people come to discern or seek their true calling in life.

For this formation year, both seminaries in Canlubang and in Lawaan have guided vocations outside their walls. It is always a sad exchange of goodbyes, but it is also a victory for the discernment process. At the personal side, it takes a lot of courage to continue on without the usual friends that you are accustomed with. You have to let go of batch mates because they have their own paths to follow. This is the “moving on” for us, a drama that is unfamiliar for lay folk. 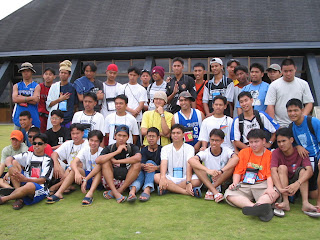 I am also happy for my friends who have chosen to continue their search for God outside the formation house. As we are the Church’s investment inside her ranks, they have become her investment in the world. They have been specially trained and inculcated with the spirit and skills while in formation, and they will bring these in the world that is to become their field of work.

For us who believe we will find Christ in our perseverance in the Salesian Religious Life, it takes a double toll of detachment: of the unessential and of the one’s self. Anything that is unessential in following Christ must be left behind. Anything that hinders one’s heart to answer God’s call must submit. I don’t call it a total and absolute renunciation of the world because in following Jesus we remain in the world. Instead of dismissing the whole world altogether, we only take those parts that are useful in one’s vocation. And this is the easier of the two, because in the second renunciation, we die to ourselves. 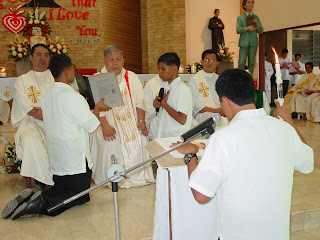 And I believe this is why there are fewer who persevere in the Priestly and Religious Life, because nowadays, it is so difficult to live this daily dying to one’s self. This dying is not physical rather it involves the interior self of a person. A religious must discipline his own human nature to match it with Christ’s perfect expression of poverty, chastity, and obedience. To sublimate one’s energies, to rationalize one’s passions, to curb one’s appetite, to tailor the self to make it more like Christ is a radical option that goes beyond the extremes of Islamic extremists and the verbatim of the fundamentalist. This I believe is the ultimate discipline of the religious, the more proper expression of asceticism, the spiritual hair shirt that each religious should wear. This is the difficult part of the religious life in which so many of us fail.

The lay person must recognize this in his priest for him to appreciate the hidden struggles his pastor is doing for the sake of being a single-hearted Christ for his sheep. It is utter foolishness for the people of the world, but it is the only way to become Christ for other people. We have chosen to live this path, and we are willing to pay its demands. Why? Because in this path we have found Love so sublime that what we pay pales in comparison to what we have found and are fighting for.