by Randy Figuracion
In my short stay in Europe, I have witnessed the cycle of life: the baptism of my brother’s child and the burial of a friend. Tashana Schallamon, a 55 year old Filipina nurse married to an Austrian national, was buried 20 October at the Central Cemetery of Vienna. This cemetery is one of the biggest and most famous in Europe. Among those lying under its hallowed grounds are the renowned musicians like Wolfgang Amadeus Mozart, Ludwid Beethoven, Franz Schubert, Johann Strauss and Bhrams. Indeed, at the end of our lives we will all be the same whether rich or poor, famous or not. We shall return to the earth from where we came.
Three weeks ago, all the front pages of the newspapers here carried the banner story about the death of the richest man of Austria, Friedrich Karl Flick. He was a 79 year old industrialist who left a fortune of $8.6 billion. Yet all these riches he worked so hard for all his life will just be left behind and be divided among his family members. Not a cent of his fortune will he ever bring to heaven. Like everyone else, he will return poor to His Maker.
Tashana died of skin cancer. She is a cousin of my friend, Angie 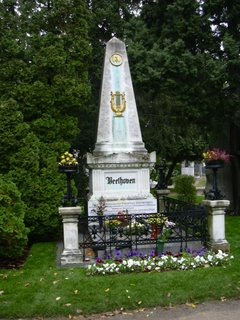 Rafanan, also a nurse and a member of the Loved Flock Community in Vienna. The burial rite took place at exactly 10 AM at the hall of the cemetery chapel. But before the rite started, the last viewing of her remains took place in silence. One could only hear the sobs and cry of grief for the loss of a loved one. Inside the Hall, the simple, wooden coffin of Tashana stood at the center before a crucifix surrounded by beautiful flowers. Everybody was standing facing the coffin, only family members were seated.
When the rite began, a quartet made up of two trumpets, a trombone and a bass played the song “Yesterday” composed by John Lennon. It was one of her favorite songs. The atmosphere was filled with solemnity and melancholic nostalgia that it would be unholy even to clear one’s throat. Fr. Albert officiated the rite and during his homily, he encouraged everyone especially the family members to draw courage from their faith as Christians because we believe that Jesus is the Way, the Truth and the Life. Death is our doorway to eternal life. The rite ended with the quartet playing another of Tashana’s favorite song “What a Wonderful World” popularized by Louis Armstrong.
As soon as the quartet ended, four big men dressed elegantly in black wearing what looks like a s 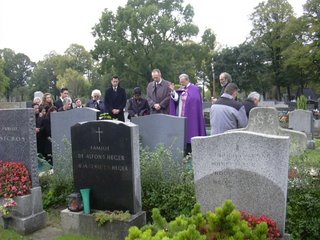 hawl, carried the wooden coffin in their shoulders. The burial procession began with the cross-bearer at the head, followed by the priest, Tashana’s coffin on a black car while the family and guests followed towards the graveyard owned by the Schallamon family. There more than 200 people who joined the family members in bring Tashana to her final resting place. We walked for about a kilometer and passed by a well-organize and well-kept graveyard with names clearly marked.
Upon arriving the coffin was lowered and given the last blessing by the priest. One of the cemetery personnel then stood beside the grave with a big spade filled with soil. He handed the priest a little spade filled with soil and as he threw them towards the coffin he said: “Tashana, you are soil and from soil you shall return.”
That was indeed a stark reminder of what we shall become at the end of our life.
After giving my condolences to Tashana’s family, I also took time to visit the tombs of the great musicians. I prayed over the tomb of Mozart. As I watch their tombs, I couldn’t help but think where they are now.
Requiescat in pa 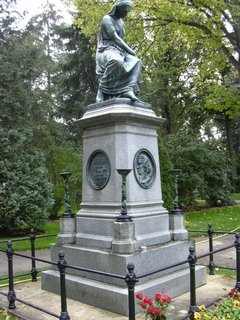 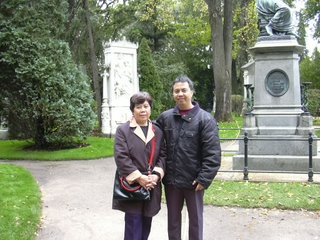 Disclaimer: This section of the website is a personal creative writing of the author and does not necessarily reflect the official views, opinion, or policies of the Salesians of Don Bosco – Philippines South Province. For concerns on the content, style, and grammar of this piece, please contact us.