The Miracle That Is The Church 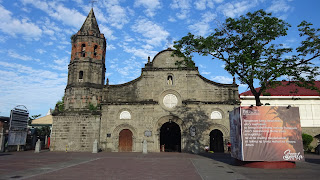 I recently blessed a newly opened office space, my first in Cebu, in the uptown area where I met the executives of the company. After the blessing, I was invited to lunch where I ate with chief officers of the company, most of them looked like veteran business people. Being man of the cloth, my presence drew conversations towards religion and the faith.

It was the Chief Operating Officer (COO) who made an interesting remark. “Jesus Christ is the best CEO,” he said. “Look, the Church still stands today even after 2,000 years.” Human institutions, no matter how powerful, have all faded in history but not the Church. “Despite the scandals and even the corruption inside the Church, it still continues,” he added. I could not help but blurt out, “that is what we call grace.”
It was interesting for me because it was a layman who made the statement, and a man deeply involved in business. When we start to think that faith has no place in business, we need to think again. There are more and more Christians who strive hard to live their faith in the business world.
But thinking about it again, Jesus did not organize the Church. He did not group the apostles into dioceses and assign them territories. What He did was form a community around Him. It was a community that became part of His Body. It was the Holy Spirit that breathed life into that Body. He gave it organization over time, showered it with many charisms and set it on fire. It became diverse but remained one. It is both the work of Jesus Christ and the Holy Spirit.
The Church still stands because of God’s grace. Being an action of God’s grace, it is rightly a miracle.